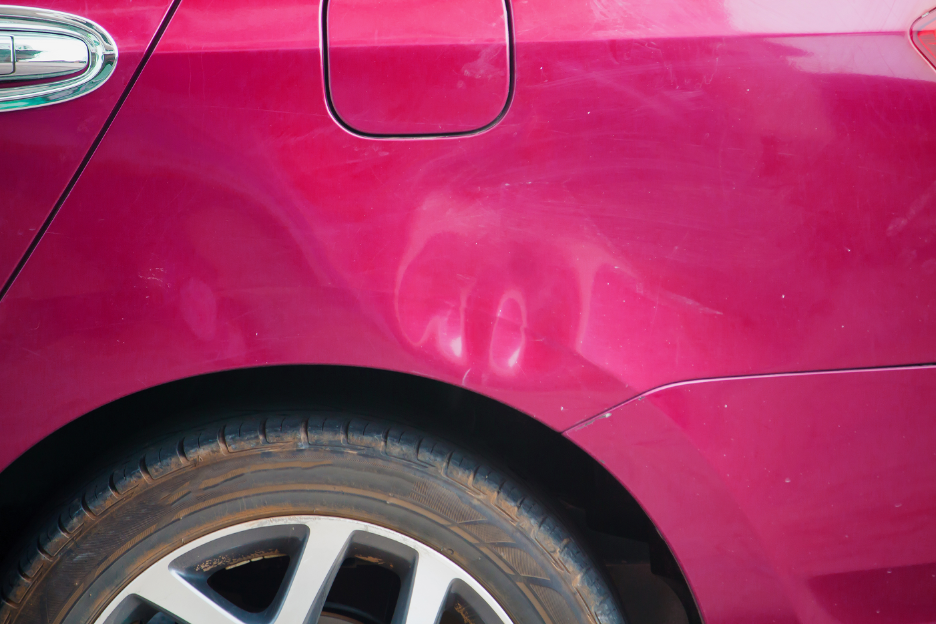 You have a dent that needs to be fixed and you’re wondering if there are any low-cost options.

First, let’s discuss what paintless dent repair is. The simplest explanation is that it’s dent repair without the use of paint. As such, while it can remove dents, it doesn’t fix paint damage.

For this reason, it’s most appropriate for small and medium-sized dents. These typically exist without paint damage present, and can be fixed in their entirety with paintless dent repair techniques.

The process of facilitating paintless dent repair entails accessing the inside of the vehicle’s body and pushing the dent out. This is done with a variety of tools and generally takes less than an hour.

It’s important to note that, while this technique works for most dents, it doesn’t work for all. The location of the dent, for instance, can dictate whether paintless dent repair is a viable course of action.

There are several benefits that come with paintless dent repair. They include the following:

Perhaps the biggest benefit of paintless dent repair is that it’s relatively affordable. Because it can be done so quickly and because it doesn’t include the repair of paint, it costs much less than alternative dent removal methods. As such, if you’re operating on a small budget, this can be a great solution.

Not only is paintless dent repair affordable, but it’s quick as well. In most cases, it takes roughly an hour. Alternative dent repair methods can take a full day and sometimes even more.

Now, because it’s so affordable, you might think that paintless dent repair lacks efficacy. However, in most cases, it’s just as effective as alternative methods. The only exceptions are those in which paint repair is needed, in which cases, you’ll have to choose an alternate method.

Our crew has removed dents from countless vehicles throughout the Downers Grove area. Contact us today at (630) 627-8688 to schedule an appointment.