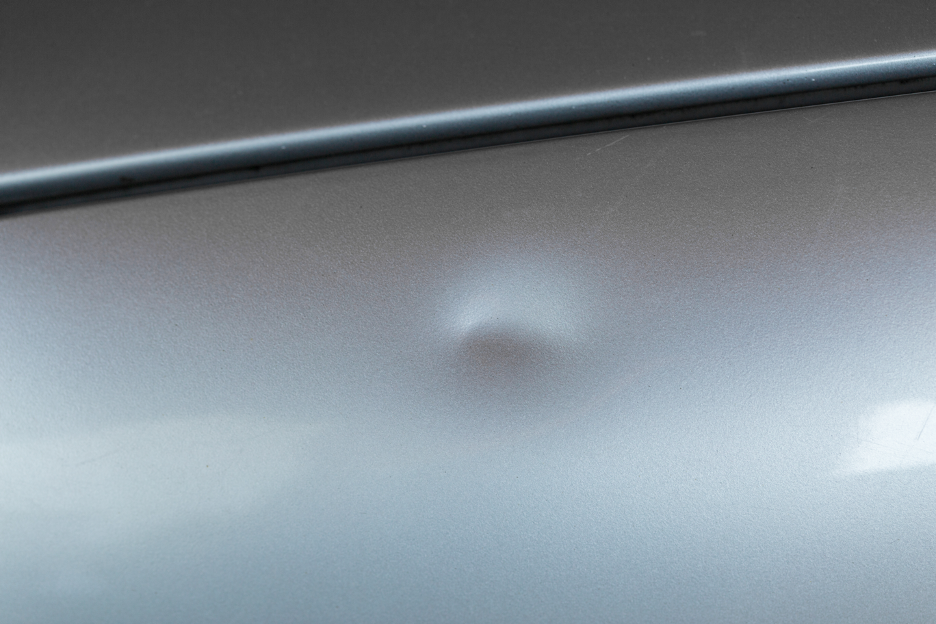 Nobody likes the look of a dent, but many vehicle owners don’t want to pay a great deal of money to have it fixed. This is where paintless dent removal comes into the picture.

Paintless dent removal is a dent repair method that is used to remove small dents and dings from auto bodies. Although the process does not include paint repair, it can effectively remove the dents themselves.

The paintless dent removal process is generally straightforward and usually takes only a few hours. Here are the specifics:

The process begins with an external assessment of the dent. Your Hinsdale auto body specialist will gauge its width, its depth, and its position to determine whether it can, in fact, be repaired with the paintless dent removal method.

Next, your Hinsdale dent removal specialist will work to get access to the dent from the inside of the vehicle. This usually requires certain parts to be removed, such as body panels, light covers, etc.

Now, the specialist will assess the dent from the interior of the vehicle’s body. This will give them an understanding of its characteristics to ensures that it’s approached in the correct manner.

Finally, if any parts were removed to access the dent, those parts will be put back on. Once they’re back on, the vehicle will be ready to hit the road once again.

The Benefits of Paintless Dent Removal

When compared to traditional dent removal processes, paintless dent removal in Hinsdale has three distinct benefits. These include the following:

Do You Need Paintless Dent Removal in Hinsdale, Illinois?

Has your vehicle taken on a dent? Are you looking for paintless dent removal services in Hinsdale, Illinois? If so, we here at Lombard Body & Fender can help.