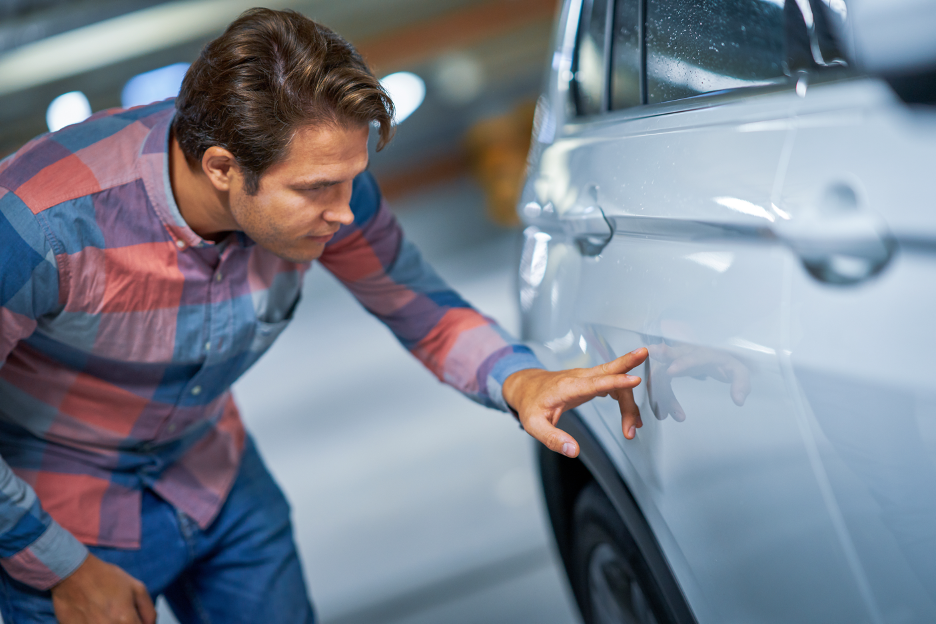 If you are a vehicle owner, your car is almost sure to take on a dent at some point in time. It could be small, or it could be large — but regardless, it’s almost certainly going to affect the look of your vehicle.

Fortunately, there is a dent removal method that allows you to easily remove dents from your vehicle for an affordable price. It’s known as paintless dent repair, and it’s one of the most effective dent removal methods that is performed today.

Are you interested in learning more about it? We’re going to discuss everything you should know about paintless dent repair in Willowbrook, Illinois below.

Generally speaking, paintless dent repair in Willowbrook is a straightforward process. In most cases, it consists of the following steps:

First and foremost, the dent will be inspected by the auto body specialist. This is done to determine whether the dent is a viable candidate for the paintless dent repair method. Most dents are. However, if they are particularly large, or if there’s a great deal of paint damage involved, paintless dent repair might not be the ideal method.

Inspecting the Dent from the Inside

Once the dent has been accessed from the inside, it will be inspected again. This second inspection gives the specialist a better understanding of the dent, and it allows the specialist to come up with a plan to safely remove the dent.

After your Willowbrook auto body specialist has seen the dent from all angles, he or she will work to remove it. This is done with a variety of tools, all of which are used to push the dent out so that the vehicle’s body eventually assumes its original state.

Now that the dent has been removed, it’s time for the auto body specialist to reassemble the vehicle. He or she will put back all the panels and covers that were taken off previously.

Why Is Paintless Dent Repair Preferred Over Other Methods?

There are other dent repair methods in existence, so why is paintless dent repair the preferable option? There are several reasons for this.

For one, paintless dent repair in Willowbrook, Illinois can be done quickly. Most dents can be removed in under an hour or two. As such, you can bring your vehicle in, wait in the lobby, and return home without having to leave your car in the shop.

In addition, paintless dent repair is affordable. Because it can be completed relatively quickly, its labor costs are quite low. Plus, because the process doesn’t involve any paint repair, its material costs are much lower as well.

Ready to Schedule a Paintless Dent Repair in Willowbrook, Illinois?

Has your vehicle taken on a dent? Do you need to schedule a paintless dent repair in Willowbrook, Illinois? If so, the experts at Lombard Body & Fender can help.

Our Willowbrook auto body specialists have performed paintless dent repair on countless vehicles over the years. Regardless of the extent of your dent, and regardless of the type of vehicle you own, we can help. Contact us today to schedule an appointment.