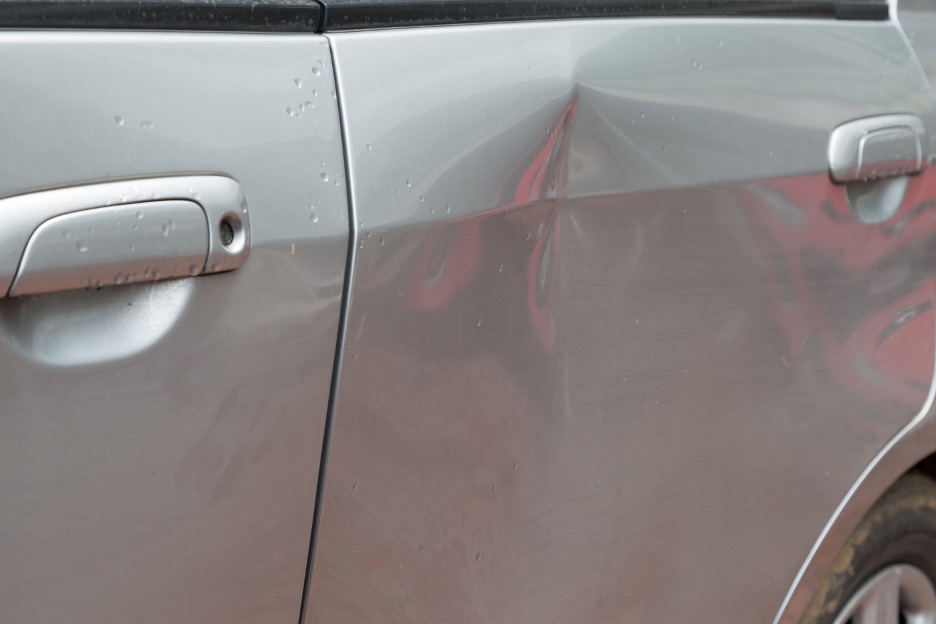 Compared to alternative dent repair methods, paintless dent repair is fast. Generally speaking, this method takes no longer than an hour or two, regardless of the size of the dent being repaired. Alternative methods involve the fixing of paint, which can take days to carry out.

Not only is paintless dent repair fast, but it’s also affordable. This is due, in large part, to the amount of time it takes. Because it can be carried out quickly, it doesn’t require as much labor. The less labor required, the less the service will cost.

Works for Dents of All Sizes

It doesn’t matter whether it’s a small ding or a giant dent — if your vehicle is dented, it can most likely be removed through the paintless dent repair processes. All it takes is for the dent to be pushed out from the interior of the vehicle’s body.

What Does Paintless Dent Repair Entail?

First, the dent is inspected to determine whether it can fully benefit from paintless dent repair. The vast majority of dents can, indeed, benefit from the procedure.

Next, in order to access the dent from the interior of the vehicle, the auto body specialist will remove some of the vehicle’s panels and/or light covers. Don’t worry — these can be easily put back in place.

Pressing the Dent Out

Once the dent has been accessed from the interior of the vehicle, it will be pressed out. This is done with a variety of tools, and it’s incredibly effective at getting the body of the vehicle to take its former shape.

Reassembly of the Panels/Light Covers

After the dent has been pressed out fully, the removed panels and light covers will be reassembled. These should end up looking exactly as they did before they were removed. Once everything has been put back together, the process is complete!

Are you interested in paintless dent repair? Looking for a Hillside auto body repair shop? If so, the auto body mechanics with Lombard Body & Fender have you covered.

We’ve performed paintless dent repair on countless automobiles throughout the Hillside area. Regardless of the nature of your dent, we can fix it. Contact us today to get the process started!

Paintless Dent Repair in Hinsdale: Everything You Need to Know

Has your vehicle recently taken on some dents? Looking to have them fixed? If so,…