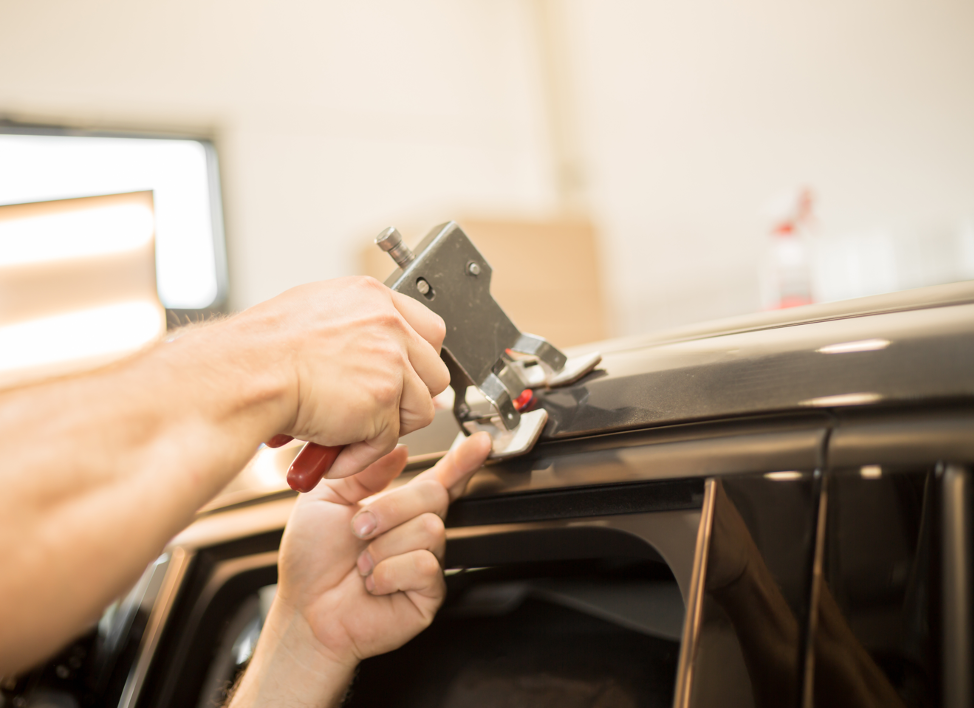 Has your vehicle recently taken on some dents? Looking to have them fixed? If so, you have two options available to you: traditional dent repair and paintless dent repair. Though both are effective, in the majority of cases, the latter is your best option.

Curious as to what the process entails? Then read below. Here is everything you need to know about paintless dent repair in Hinsdale.

What is Paintless Dent Repair?

Simply put, paintless dent repair is a form of dent repair where a dent is removed without repairing the paint that surrounds it. It’s generally performed on dents that do not have any paint damage, and it’s usually carried out by a dent suctioning device.

Quick and effective, paintless dent repair can be carried out in under an hour in most cases. As such, it sometimes doesn’t even require an appointment.

Now that you know what paintless dent repair is, you might be curious to know how the process works. We’re going to get into the specifics below.

The process begins with an inspection of the dent in question. This is a visual inspection where the inspector determines whether the dent is eligible for paintless dent repair. If the inspector determines the dent to be eligible, the paintless dent repair can commence. If it’s a more severe dent, traditional paint repair methods will likely be utilized instead.

Next, the auto body specialist will gain access to the dent. To do this, he or she will need to access the inside of the vehicle’s body. In many cases, this requires the removal of lights and/or panels. Don’t worry — they will all be reassembled after the repair has been finalized.

Once the auto body specialist has accessed the inside of the vehicle’s body, he or she will take a closer look at the dent, assessing the size and determining a plan of action. In most cases, this requires the use of external tools. Note, though, that it can sometimes be carried out without them.

Now that the auto body specialist has closely inspected the dent, he or she will commence with the repair itself. Using a collection of tools, he or she will push the dent out, forming and shaping the body of the vehicle until it’s taken on its original state. If all goes to plan (and it should), the vehicle will look as though it was never dented in the first place.

You may recall that, in order to gain access to the dent, the auto body specialist had to remove various panels and lights. After the repair has been completed, he or she will reattach those panels and lights. Fortunately, this can be carried out fairly quickly.

In Need of Paintless Dent Repair in Hinsdale?

Our team is well-versed in the paintless dent repair process. Regardless of the extent of your dent, we can have it repaired in short order.