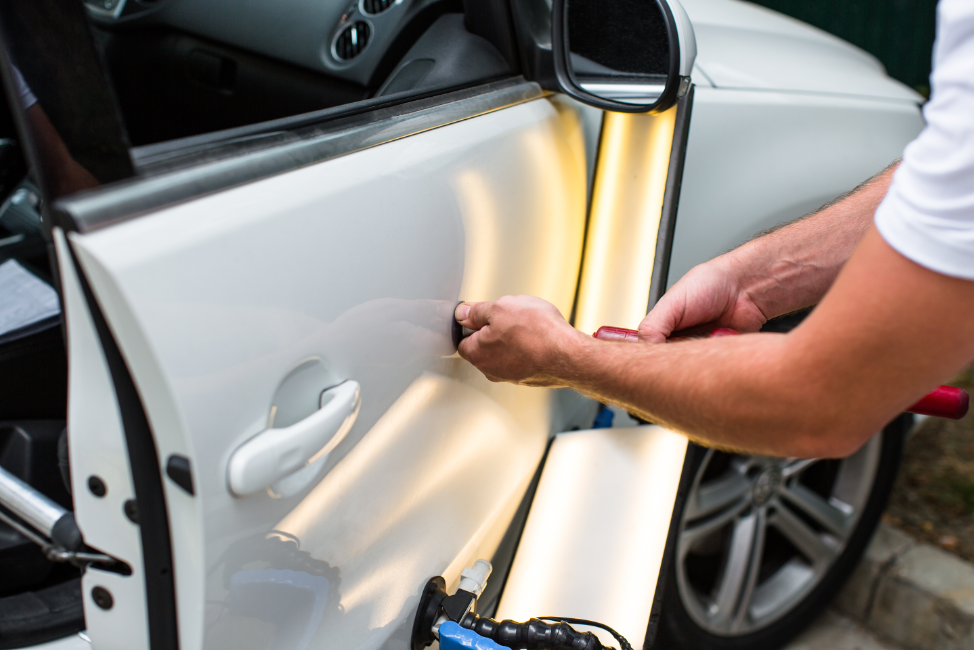 Has your vehicle taken on a dent or a ding? Hoping to have it removed? If so, you should consider utilizing an Elmhurst paintless dent repair company. The quickest and most cost-effective method for removing auto body dents, paintless dent repair is a viable option for the vast majority of situations.

Interested in utilizing paintless dent repair in Elmhurst, Illinois? Looking for more information? Then read below!

What is Paintless Dent Repair

The most cost-effective dent repair method in existence, paintless dent repair is a process where dents and dings are pushed out from the interior of the vehicle’s body. Quick and effective, it’s capable of fixing everything from small dings, to big dents, and everything in between.

Paintless Dent Repair vs Other Methods

Therefore, if your dent is not accompanied by damaged paint, you would be best served by utilizing paintless dent repair services. In doing so, you would save hundreds and maybe even thousands of dollars.

The Process of Paintless Dent Repair

The paintless dent repair process is fairly straightforward, usually taking around an hour or two to complete. The specifics of the process will be discussed below.

Next, the auto body specialist will work to gain interior access to the dent. To do this, he or she will likely have to remove components from your vehicle. Don’t worry—they will be reassembled at the end of the process.

Once the specialist has accessed the dent from the interior of the vehicle, he or she will give it a closer look. This is done with the use of several tools.

By gauging the depth and shape of the dent from the interior of the vehicle, the specialist can discover the best way to fix it. This enables him or her to make the perfect repair.

Finally, the repair is carried out. Using a variety of tools, the auto body specialist pushes the dent in an outward direction. This enables the body of the vehicle to return to the shape it possessed prior to the collision. After this step is completed, the vehicle body will look good as new.

If necessary, the specialist will reassemble components that he or she removed during the repair. These components will generally include lights and body panels.

Our team is well-versed in the process, having repaired countless vehicles throughout the Elmhurst area. Whether you’re dealing with a small ding or a large dent, we can accommodate you.