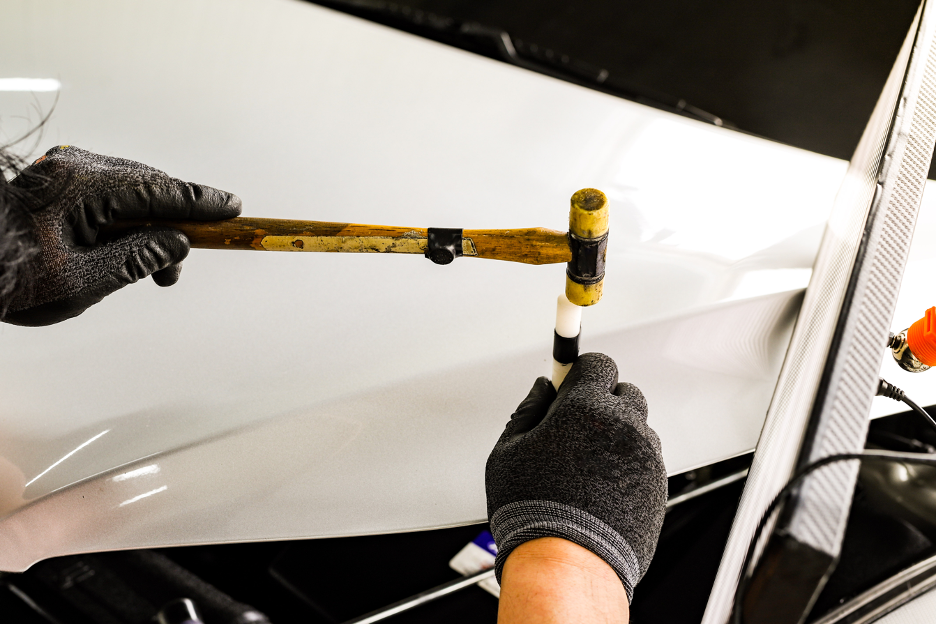 When it comes to automobiles, dents are inevitable. Whether they’re small dings, massive dents, or something in between, it’s best to have them repaired as soon as possible to avoid further paint damage.

How Does Paintless Dent Removal Work?

There are several steps involved in the paintless dent removal process. We’re going to review some of these steps in detail below.

Assessment of the Dent from the Exterior

The process begins with an assessment of the dent. This is done from the exterior of the vehicle’s body as a means of determining whether paintless dent removal is viable. Though this method doesn’t work for all dents, it does work for most. As such, it will likely work for yours. If the method is found viable, the auto body technician will proceed with the following steps.

Accessing the Dent from the Interior

Now, your paintless dent removal specialist in Des Plaines, Illinois will need to access the dent from the interior of the vehicle’s body. To do this, they will likely need to remove some of the vehicle’s components. These could be anything from light covers to auto body panels and otherwise. The auto body technician must have full access to the interior side of the dent.

Assessment of the Dent from the Interior

Next, the technician will assess the dent from the interior of the body. They will take note not only of the dent’s location but of its width and depth as well. This is done to determine the best course of action in removing the dent. If an interior assessment isn’t performed, mistakes could be made during the dent’s removal.

Removal of the Dent

At this point, it’s time for the dent to be removed. To do this, the auto body technician will use a variety of tools as a means of pushing the dent out. This can typically be done quickly and, when finished, will provide the vehicle with a better appearance.

Reassembly of the Vehicle

Once the dent has been removed, the vehicle will be reassembled. Your Des Plaines paintless dent removal technician will reattach all the body panels and light covers that were removed earlier on, ensuring that the vehicle looks great and is ready to hit the open road.

The Benefits of Paintless Dent Removal

Though there are alternative forms of dent removal, paintless dent removal tends to be the most beneficial. This is true for several reasons.

For one, it’s affordable. This is, far and away, the most affordable option for removing auto body dents. As such, even if you have a small budget, it can work for you.

In addition, it’s quick. Most paintless dent removal shops in Des Plaines, Illinois can complete the process in just a few hours. You can simply wait around in the lobby until the procedure has been facilitated.

Finally, it’s effective. Provided that the dent is viable for this removal option, it will provide the same results as any other dent removal process.

Has your automobile taken on any dents? Ready to have them repaired? If so, and if you’re looking for the best paintless dent removal shop in Des Plaines, Illinois, look no further than Lombard Body & Fender.