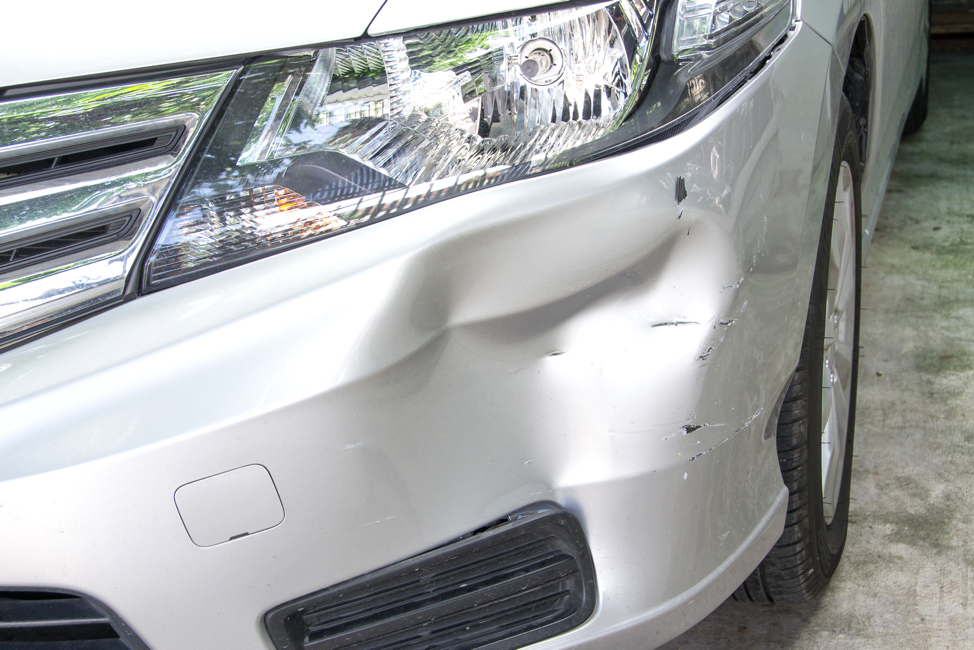 Wondering what exactly happens if you don’t repair a vehicle dent in Bloomingdale, Illinois? If so, you’re in the right place. We’re going to get into the specifics of that question below.

When a pebble flies into the side of a car door, or a branch falls onto a front hood, a dent is bound to form. However, denting isn’t always the only thing that occurs. In some cases, paint damage will occur as well.

Now, this paint damage might start small. It might not even be noticeable initially. However, if allowed to persist, it can worsen over time, spreading farther, deeper, and wider.

It’s not only paint damage that can occur as a result of a dent, but rusting as well. Rust works in the same way as paint damage, spreading from the spot of the dent outward as more and more time passes. The longer a dent exists, the greater the chance that the vehicle will be overtaken by rust.

It’s important to note, however, that not all dents will lead to rusting. Small dings void of paint damage are typically not in danger of taking on rust, as they are generally not deep enough to expose the metal layer of the vehicle.

Deep dents, however, almost always expose the metal layer of the vehicle. As such, they are especially vulnerable to rusting.

It Results in Mechanical Issues

In most cases, a dent will do little more than disturb the aesthetic of its corresponding vehicle. However, this is not true of all dents. Some dents can cause mechanical issues in addition to cosmetic issues. For this reason, it’s recommended that you have all notable dents inspected by a reputable auto body repair shop.

This is why it’s important to repair the dent, ensure the mechanical quality of your vehicle, and continue to drive it in a safe and efficient manner.

It Reduces the Resale Value of the Vehicle

It’s simple: the nicer your vehicle looks, the more money you’ll be able to sell it for in the future. Therefore, if you want to get the most money possible when selling your vehicle, you should remove dents from it as soon as possible.

Removing dents early will reduce rust and paint damage, therefore maintaining the value of your vehicle over time. This results in savings over time.

In Need of Paintless Dent Removal in Bloomingdale, IL?

Do you have dents in your vehicle? Hoping to get them resolved as soon as possible? If so, you could benefit from paintless dent removal.

Looking for paintless dent removal in Bloomingdale, Illinois? The auto body specialists with Lombard Body & Fender are the people to see.

There are several different ways to go about repairing dents in a vehicle. With that…