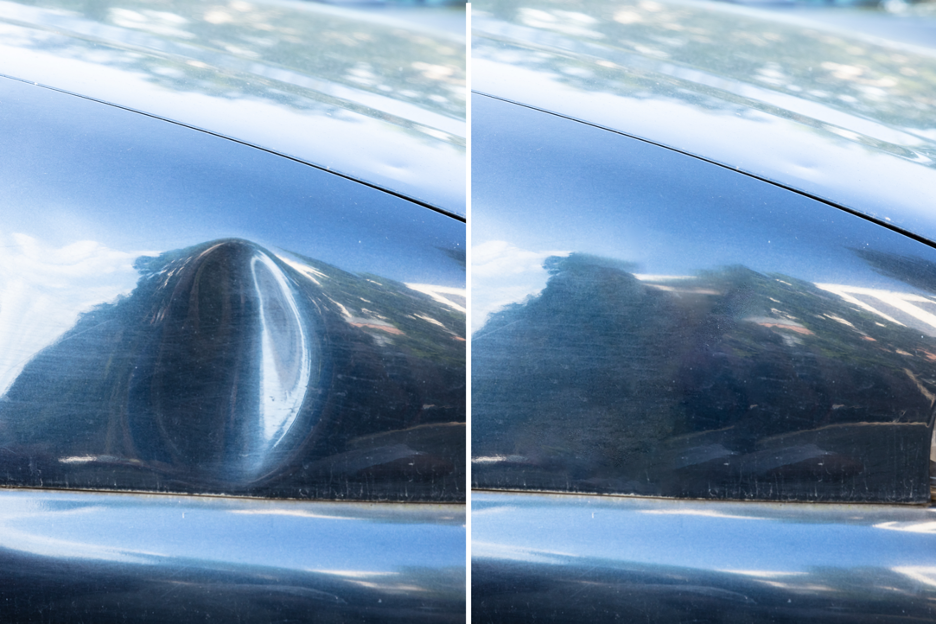 At some point in your vehicle’s lifespan, it’s bound to get a dent or two. The good thing is that these dents don’t need to remain forever — in fact, there are several methods available to fix vehicle dents.

The quickest and most affordable method for repairing vehicle dents is the paintless dent repair method. Are you interested in learning about its advantages? If so, you’ve come to the right place. This paintless dent repair shop in Western Springs, Illinois is going to discuss everything you’ll need to know below.

The Advantages of Paintless Dent Repair

Want the job completed in as quick a manner as possible? If so, paintless dent repair is the way to go. This method of dent removal utilizes a variety of tools, all of which serve to push the dent in an outward direction. In many cases, they’re able to complete the task in under an hour.

Because paintless dent repair can be done so quickly, it generally costs much less than other dent removal processes. After all, the less time the shop must spend on your vehicle, the quicker it can move on to the next vehicle. Professional paintless dent repair shops in Western Springs, Illinois get customers in and out quickly, which results in a pleasant overall experience for the customer.

Afraid that paintless dent removal might be lacking in some way? Wondering whether you’ll get the results you’re looking for? Rest assured, you will.

This method of dent removal is just as effective as every other method. The only thing that should be noted about it is that it doesn’t include paint repair. The dent, though, can be entirely eradicated through this method.

What Goes on During the Paintless Dent Repair Process?

You might be wondering: what goes on during the paintless dent repair process? What exactly does it entail? We’re going to discuss the specifics now.

Assessment of the Dent

The process begins with an assessment of the dent. The auto body tech assesses the dent to ensure that paintless dent repair is a viable option. Note, most dents can be fixed with this method.

Accessing of the Dent

Once the removal of the dent is deemed viable, the auto body tech will set out to access the dent from the vehicle’s interior. To do this, they’ll likely need to remove some body panels or light covers.

Next, the technician at your paintless dent repair shop in Western Springs, Illinois will inspect the dent from the interior of the vehicle’s body. This is done as a means of determining the best way to remove the dent. Its width, depth, and location are all taken into consideration.

Reassembling the Body of the Vehicle

Finally, the vehicle’s body will be reassembled. Any removed panels will be secured back in place, and any removed light covers will be reattached. This will round out the procedure, after which your vehicle will look just like it did before the dent was incurred.

Are you ready to have any unsightly dents or dings removed from your vehicle? If so, and if you’re looking for the top-rated paintless dent repair shop in Western Springs, Illinois, look no further than Lombard Body & Fender.

Our team is highly experienced in the paintless dent repair process. Regardless of the severity of your dent, we can provide a solution. Contact us today at (630) 627-8688 to schedule an appointment.

There are several different ways to go about repairing dents in a vehicle. With that…