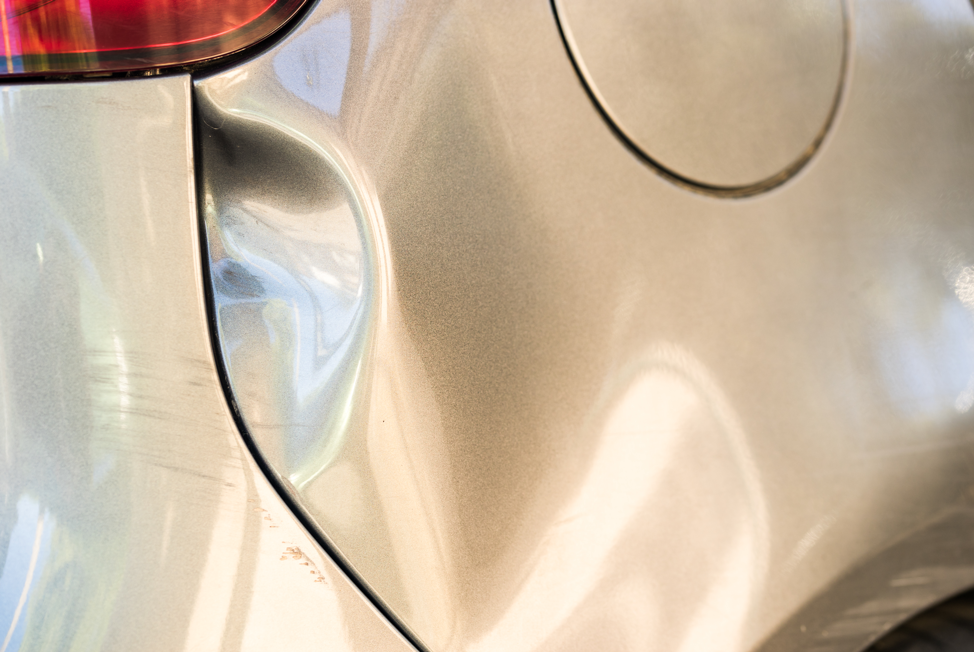 The longer you own a vehicle, the better chance it has of taking on damage. In many cases, this damage comes in the ways of small dents and dings. Everything from hail, to flying stones, to errant golf balls can cause these dents to form, with more and more of them typically forming over time.

What Exactly is Paintless Dent Removal?

Paintless dent removal is a process of dent removal in which minor dents and dings are removed from the body of a vehicle. This process can be carried out on any dent where the surface paint is still intact.

While it’s most commonly used to fix small dents caused by hail and flying stones, it can also be used to correct some larger dents as well. The factors that determine whether or not paintless dent removal is a suitable option include the location of the dent, the depth of the dent, and the extent of the paint damage on the dent.

Comparatively speaking, the paintless dent removal process is a fairly simple one. Less expensive and less time-consuming than many other auto body procedures, it includes the following steps:

Next, the repair technician will gain access to the dent. Generally, this requires getting to the interior of the vehicle’s body. During this step, lights and panels are likely to be removed.

Once the interior of the vehicle is accessible, the repair technician will take an even closer look at the dent, assessing its depth and its contours in order to make the perfect repair. A bevy of tools are used during this step to ensure precision and accuracy.

Finally, the removal will take place. This will occur using a variety of different tools, all of which will serve the purpose of pushing the dent out until the area possesses its regular shape again.

Not to mention, because paintless dent removal doesn’t require you to make any permanent alterations to the exterior of your vehicle, it doesn’t reduce its value at all. The same cannot be said of traditional dent removal.

Is your vehicle dented and dinged? Looking for paintless dent removal services in Addison, Illinois? If so, we here at Lombard Body & Fender are the people to see. We are the premier auto body repair shop serving the Addison area.

Our team of skilled and experienced auto body repair experts is well-versed in the paintless dent removal process, having carried it out countless times over the years. We can return the aesthetic of your vehicle to its prime state.

Dinged Up? Here’s Why You Should Repair Those Car Dents as Soon as Possible

Over the span of a car’s life, it’s bound to encounter a number of dents…

A List of Auto Body Repair Services in Hillside

While we try our best to avoid it, auto body damage always seems to present…

What Are the Differences Between OEM Parts and Aftermarket Parts? Insights from an Auto Body Shop in Wheaton, Illinois

When it comes to replacing auto body parts, you have two general options available. One…

What to Look for When Choosing an Auto Body Repair Shop in Willowbrook, Illinois

Does your vehicle have dents that you want to remove? Maybe one of its side…